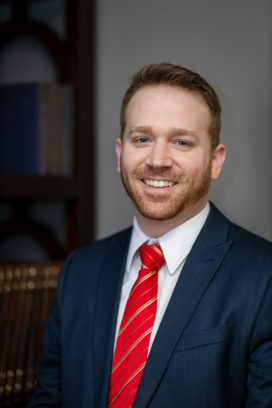 Cameron was born in Indianapolis, Indiana, grew up all over the US, and eventually graduated high school in Omaha.  After obtaining his undergraduate degree from Brigham Young University—Idaho, he returned to Omaha to attend Creighton Law School, which he completed in 2017.  Cameron is an energetic attorney, always eager for a challenge, and constantly seeking to learn something new and to better himself.  He is fluent in Spanish.

Cameron’s main focus in the practice of law is criminal defense in the state of Iowa.  He has represented defendants charged with anything from a simple misdemeanor to multiple felonies.  His dedication to his clients and his respect for his colleagues have earned him a well-deserved reputation as a fair and honest hard worker from Southwest Iowa to as far north as the Iowa-Minnesota border.  He also has a ton of experience with family law and immigration cases.

Cameron became a lawyer in order to help people.  He knows that going to court can be daunting, that getting arrested can be terrifying, and that getting served divorce papers can be devastating.  While there are no guarantees in his line of work, Cameron can promise his clients that he will do everything he can to get them the best outcome possible.

Cameron also has a beautiful wife and three perfect children.

U.S. District Court for the Northern District of Iowa

Cameron loves almost anything to do with the outdoors.  He’s also an amateur history buff and enjoys playing board games and video games.  Above all, he loves spending time with his family.