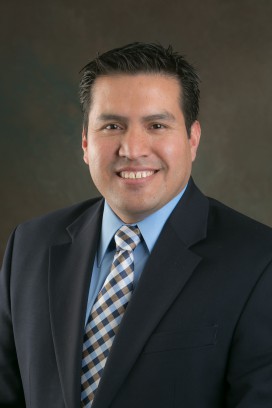 Daniel was born in Hidalgo, Mexico.  Daniel is a now a proud Citizen of the United States.  Most of his education was received Mexico.  He started his immigration career with Jason first as a client, then in 2005 became his legal assistant.

In 2009 Daniel became the senior paralegal and is currently the office manager.  Daniel is dedicated to providing excellent service to clients.  With his expertise and professionalism, he has gained the respect of the community and adjudicators on the U. S. Citizenship and Immigration Services in Omaha.  Throughout the years he has developed and become an expert in the different immigration programs such as, but not limited to:

Daniel is involved with the Cub Scouts of America having served as a Den Leader.  He is active in his church congregation serving as the financial clerk there for several years.  He has also coached and played soccer at the YMCA in Omaha.  Daniel is a devoted husband and father of three wonderful children.